Singapore – Scoot, Asia/Pacific’s Best Low Cost Airline for four consecutive years and the low-cost arm of Singapore Airlines (SIA), plans to spread its wings to its second European and third long-haul destination – Berlin – in the second half of 2018. 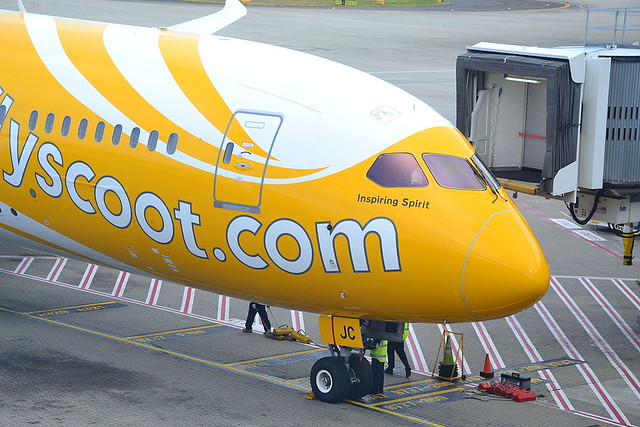 The four-times-weekly Singapore-Berlin flights will be operated with Boeing 787 Dreamliners, subject to regulatory approval. Berlin will be the SIA Group’s fourth destination in Germany, after Düsseldorf, Frankfurt and Munich, which are operated by SIA.

Mr Lee Lik Hsin, Scoot’s Chief Executive Officer, said, “Scoot’s merger with Tigerair Singapore earlier this year has greatly strengthened our position, standing us in good stead to launch and sustain our long-haul operations. Athens has lived up to our expectations while bookings for Honolulu have been very promising. We are excited to bring our unique Scootitude to Berlin and can’t wait to launch those great value fares that Scoot is known for!” Scoot intends to launch sales for Berlin in the first quarter of 2018.

Germany is the largest economy in Europe, while Berlin is a hub within Europe for technological innovation and boasts a strong entrepreneurial and start-up culture. Berlin’s rich history is unsurpassed and it is also famed for its arts and culture, having been designated a “City of Design” by UNESCO in 2006 and included in UNESCO’s Creative Cities network.

Scoot’s current route network comprises 62 destinations across 16 countries, with services to Honolulu launching in December, and Kuantan flights commencing in February 2018. Scoot operates a fleet of 16 787 Dreamliners and 23 Airbus A320 family aircraft, with four more Boeing 787 Dreamliners and 39 Airbus A320neo aircraft on order.

Scoot is the low-cost arm of the Singapore Airlines Group. Scoot took to the skies in June 2012 and merged with Tigerair Singapore in July 2017, retaining the Scoot brand and positioning it well for a new chapter of growth. Scoot has carried over fifty million guests and now operates a fleet of 16 state of the art, widebody Boeing 787 Dreamliners and 23 young and modern Airbus A320 family aircraft, with four more Boeing 787 Dreamliners and 39 Airbus A320neo aircraft on order. Scoot’s network presently encompasses 62 destinations across 16 countries, with Honolulu, Kuantan and Berlin to join the network soon. Scoot provides – in addition to fantastic value airfares – a safe, reliable and contemporary travel experience with a unique attitude – Scootitude. Offering amenities including on-board Wi-Fi Internet connectivity and in-seat power on selected flights as well as the ability to redeem and accrue Singapore Airlines KrisFlyer miles, Scoot was voted 2015, 2016, 2017 and 2018 Best Low Cost Airline (Asia/Pacific) by AirlineRatings.com and ranked in the Top 10 of the World’s Best Low-Cost Airlines in 2015 by Skytrax. Scoot is passionate about changing the way people travel long distance. Book your tickets at FlyScoot.com or contact our Call Centre. Find out more on FlyScoot.com, Facebook.com/FlyScoot, Instagram.com/FlyScoot, and Twitter.com/flyscoot.

We use cookies to ensure that we give you the best experience on our website. If you continue to use this site we will assume that you are happy with it.OK